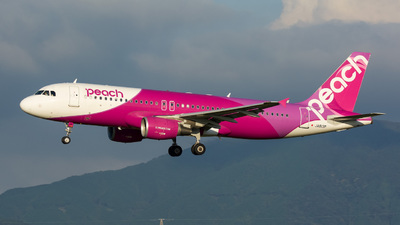 I woke up and found my parents packing up, getting ready to go to Taoyuan Airport. A few minutes later, we were on a private car, and someone drove us to the airport. The car was black and the driver didn't talk much. I was so excited for our trip to Japan! We were going skiing again, this time not only with C*****y (don't want to go with her), we were also going with S*******e (never) and Winston (okay, much better). Winston is S*******'s little brother. C*****y and S*******e are both in my class. Winston is not in my class. The drive was long and dark, so I couldn't read my Kindle. When we got there, we unloaded the car and got into the airport, and by that time it was bright. We got there before C*****y, and so we went to the food court and I ate some porridge. Then we got checked in, baggage check, and all those boring stuff. Then when we were on our way to our terminal, we saw S*******e and Winston. While our parents were talking, Winston, my sister and I watched a game of Thunder V.S. Mavericks. The Mavericks were wrecking Thunder. Then we had to go to our terminal, which I think was B. Then Winston and I played Clash Royale for a while, then we had to get on the airplane. My dad let me play 2048 on the airplane. Then my mom ordered cup noodles and me takoyaki. Go search it up, hard to explain. Since there was no food (you had to buy it) and no screen the plane ride was kind of boring. Then we got there! We had to go through quarantine (so nervous 'cause my sister had a really high fever, the highest she got was 39.2). But she got through. Yay! Then immigration. LAME... After immigration, we got our luggage and went through a bridge and got to the train place. I forgot my Suica card, so I had to buy tickets. Then we took the train to Sendai Station and we walked to our hotel. It was super duper cold. We walked through a small building to get warm for a bit, walked across a bridge and got down an elevator. Then we walked to our hotel. Winston and I immediately looked for the computers and we played a bunch of Cool Math games such as Raft Wars. Then we had to go out for a bit. My family parted with S*******e and C*****y's family for dinner. I ate beef don and ramen and gyoza and a bunch of stuff. Their families I think ate steak and beef. Then we went back to the hotel and we had a small party at C*****y's dad's room. I forgot which room we were in. We first played some games, then since we got bored C*****y and S*******e went on Instagram and watched a bunch of boring New Year's stuff so Winston and I played Clash Royale. We kept wrecking people since our skill was too good. Then the parents got bored, so we had to go back to our rooms and sleep. I hope we have a fun Winter Vacation!


©2018 Benlung.tw - Benlung.tw is a copyrighted website. All photos are not labled for reuse, and please do not use them unless you get permission. Try to get permission by sending an email to lungb@mca.org.tw.