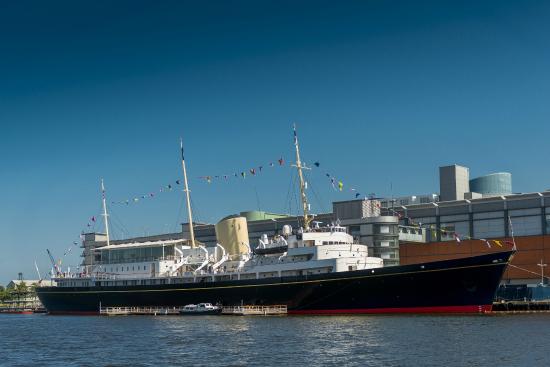 Today was awesome. We got to stay up late. I read books and while my uncle was at the bathroom I got to play BTD Battles. I played one Assault, on Card, and won both, accidently buying the most expensive Ninja Kiwi Skin for my Bloons for 100 medallions, which was sad, but I still had 50 medallions. Then for breakfsat I got the exact same thing as yestaurday, it was delicious. Then when we found out jit was raining, we brought unbrellas and walked for about 10 minutes to Edinbrugh Castle, where it was so cold. We got to go around, seeing places where many monarachs lived, slept, and battled, which was so cool. Many sound effects, like a cannon blast, and a whipping were both kind of cool and scary on the audio guides. Interesting fact: every monarach who had slept in Edinburgh castle found it very uncomfortable. I got to experience myself as a castle prisoner, which was so creepy, and find buried treasure! We also went into a small chapel (which stank so badly I wanted to throw up), and during one o'clock, a Scottish military guy carrued a gold barrel to a cannon and fired during the first milisecond. He didn't even mind the sound! The awesome thing was: he accidently took the wrong kind of barrel (the ammo), and destroyed some parts of the city below. Just kidding. The Edinburgh Castle held the most awesome Scottish Crown Jewels: the crown, the sword, scepter, and the Stone of Destiny! It has a cool history, check it out. It's pretty cool. Then we bought hot chocolate at their restaurant. I do not know why I keep spilling stuff. On the airplane, in London, in Edinburgh, the same. There were choices of pizza, coffee, Coke, homemade sandwiches, and more! The pizza smelled so good but my uncle said it sucks, and it was a junky junky junk junk food. We'll I don't think so. We returned our audio guides, which there I bought my lucky charm: a gladiator. It was supposed to help me to help me fight for what you believe in which I really need because we need seconds in school. The servings are so small. Then we went to the Royal Yacht Britannia. We had to walk for more than a hour. It was great exercising. It was so luxurious. It had her own auto mechanic laundry doer (there is no such thing as doer, but you know what I mean), Royal Tea Room, two dining halls, 3 living rooms, an elevator (lift), two beer, cocktail, and whisky rooms, super duper comfy chairs, a game room, a million gazillion flags, and so much more! At first we were planning to go to the tea room, but it closed at 4:45 P.M., and it was 4:40 P.M., so we gave up We also got free audio guides, and got a badge. The gift shop next, then we ate at Wagamama. I ate a bit spicy ramen. My uncle got wagamama ramen. Then we came home, lost all my BTD Battle games, then went to sleep.

Here I am the Captain of the Royal Yacht.

Here I am on the deck of the Royal Yacht Britanica.

I am in the queen's room on the Yacht.

A car on the Royal Yacht!

57% Complete (span)
©2018 Benlung.tw - Benlung.tw is a copyrighted website. All photos are not labled for reuse, and please do not use them unless you get permission. Try to get permission by sending an email to lungb@mca.org.tw.