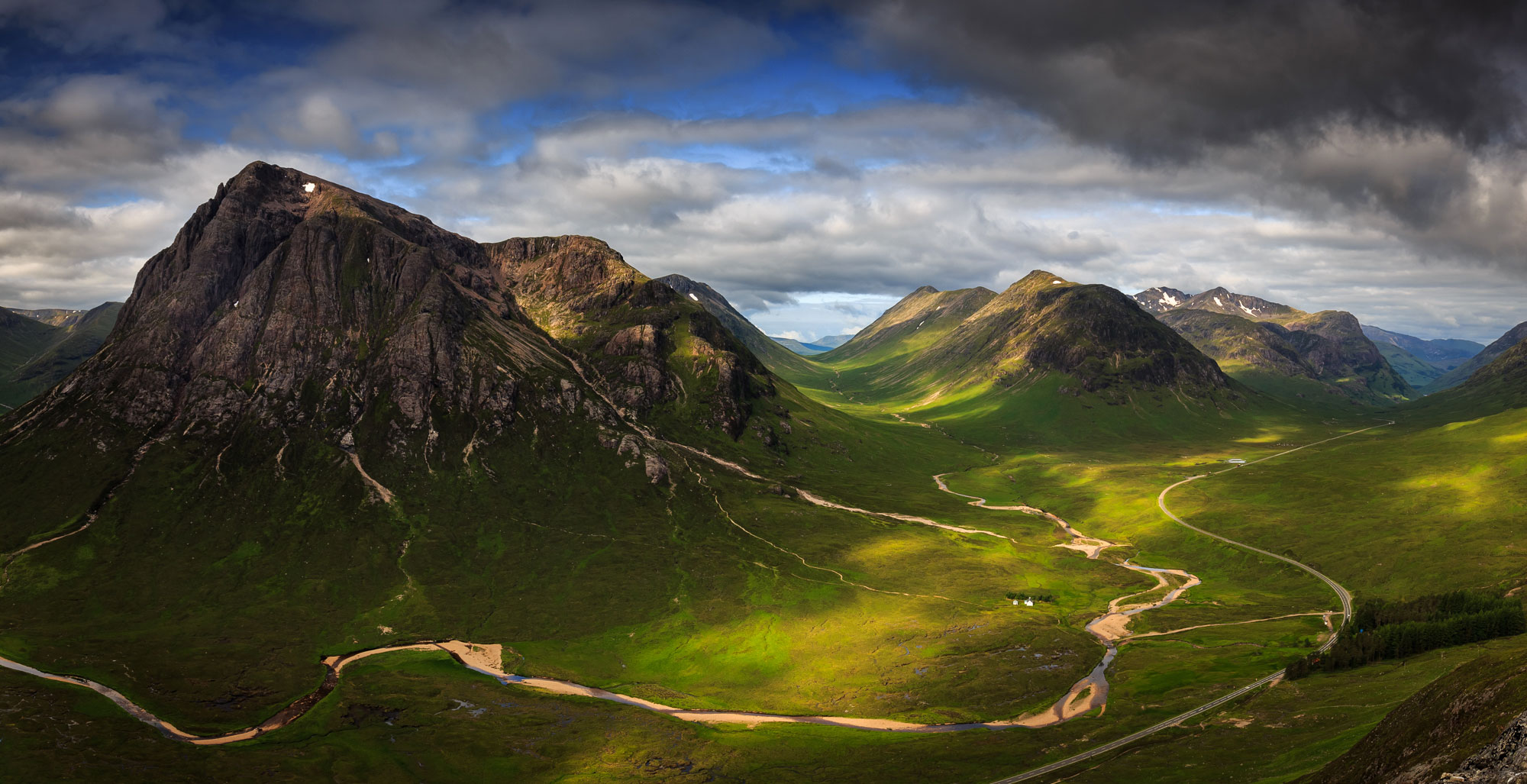 Today we woke up early in order to get to our tour: exploring the Highlands! The Highlands are just basically the high mountains of Scotland. We got bagels with butter and sesame in them with milk for breakfast. My uncle ate honey bagel with milk instead of butter. Again, we climbed the steps. Outside, it was bitter cold, and I almost froze to death. It was a regular bus (sadly, not a double decker bus), where we searched for our names on an iPad. Before we got on the bus, we looked at some postcards, then got on the bus (coach). It was warm, comfortable (since my seatbelt didn't work). On our seats were leaflets about the Ghost Bus Tour about Edinburgh, talking about bad things, like murders, and public executions. Our bus took off at 8:45 A.M., and our first stop was three unique bridges. All was very cool. It was a wonderful sight. I also smelled bacon, it's greasy and chippy smell. Then we went back on the bus then went to our next stop, William Wallace monument. I'm not gonna explain about William Wallace again because if you had read the last entry you would know who William Wallace was. Oh, and the bus company we went on was called the Hairy Coo (the highland cow as its mascot). Our guide was named Mark. It took a ten minute hike up to the monument, where I looked at the gift shop and which I was offended by a sign in the Keeper's Lodge, a small resting area. Quiz: how many steps do you have to walk do you have to walk in order to get to the top? What is the staircase like? Are there any window in the staircase? The answer to all of these questions are: you don't have to walk any steps. Don't even bother walking the steps. You fly. But if you want to walk, you can pay to walk up a spiral staircase with no windows for 246 steps, or just walk on the walls for free like Spiderman and pretty much destroy the tiles since they're old and go to jail. We didn't go up because there wasn't time. We moved down the mountain to a giant lake, where they filmed something in Harry Potter where I forgot which part. It was super duper big! I took a picture on a rotting rock, then played with a tire swing nearby. It was fun, and we watched cute old ducks swimming, chasing each other in the process, ocassionally spraying water basically everywhere. Back at the bus, I finished the Battle of Britain in Stormraiders, where it's a plane fighting game in World War I and II. Sabotage was the last level to Battle of Britain. There's also Pacific War and something us. Pacific War is just impossible. Sabotage is you have to destroy 3 Messerschimitts 109s and destroy a Nazi train and receive a package and a bunch of other stuff. I like playing the tunnel game, where you can fly through tunnels so people can't attack you. I was followed once, and got killed, but no more then that. I also kept losing in BTD Battles because of the poor internet connection. There were hay stacks and cows, sheep, and horses everywhere. Then lunch: we got a special Scotland customs drink, it was a fizzy one, but still okay. I didn't really like fizzy drinks. And that special Scottish drink, you can only buy it in Scotland. And a fish, special fish, and some French fries (chips). The special fish was delicious, way better than the regular fish. We looked around in the nearby gift shop, then we went back to the bus where it brough us to a magnificent waterfall. We had a pretty long distance to walk, but it was still worth it. Dunes Castle was amazing. It was one of those castles that fought each other. It was also where Mary Queen of Scots lived, one of the most famous monarachs in all history. It had a great history; my uncle and I both got audio guides. Great stories and sound effects. We watched Highland cows being fed melons (and we also saw the gift shop), then we went back to Edinburgh. It was a fine, natural, exciting and adventurous day. We also got to do a cool survey. Later on, we ate yellow and red curry, which flled us up, which also gave me a chance to wreck people in both Stormraiders and BTD Battles. After some wandering around the streets, we decided it was best to go back. We finally washed our clothes, then went to sleep, took a bath, and brushed our teeth.

The William Wallace Monument again just in a different angle.

That's a Highland lake. Not sure if it is in the Harry Potter movie.

A waterfall. It was so cold!

This was the lake the ferry was on.

Here's a well in Doun Castle.

Here I am in prison in Doun Castle.

The kitchen. You will see scratches made by knives. That's how they sharpened them.

There's a fireplace. No fire. Huh.

There's a doorway in Doun Castle. Doun is pronounced Dune.

The exterior of Doun Castle.

50% Complete (span)
©2018 Benlung.tw - Benlung.tw is a copyrighted website. All photos are not labled for reuse, and please do not use them unless you get permission. Try to get permission by sending an email to lungb@mca.org.tw.