Click Here to buy the Cursed Child from Amazon! 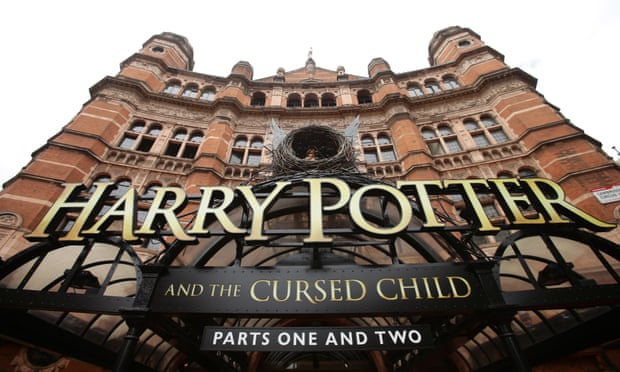 Today we were rushed out of the house, because we were going to a brunch with my uncle's friend. The brunch was full, luxurious, elegant, and terrifically awesome (*is terrifically a word?). I got hot chocolate, eggs on toast, and mushroom with bacon. The bacon and eggs were awesome. I added ketchup to my eggs which my uncle told me not to. The bacon was crispy, the bread sloppy, the hot chocolate creamy. The mushroom was terrible. Too squishy, and every bite gave me a weird and bad feeling in my stomach and throat. Vincent and I took the same meals. The hot chocolate, in both of our opinions, was so awesome. It refreshed my whole body. Then Vincent and his mom went to other palces such as the British Mueseum I think in which one of my last entries will talk about it while my uncle, his friend, and I went to a phone shop because my uncle wanted Wi-Fi in our stay in London. Turns out the worker only gave him 30 bytes (so hilarious). Then we went back and my uncle and his friend started to argue with the worker while I did spent the time playing Free Blade and some other games (I wreck at Free Blade). Then we went to Palace Theater. It looks so awesome. There was still time to get a bite, so we went to McDonalds and got a Sprite while when my uncle went to the bathroom I spent my time wrecking people in BTD Battles with my Tier 4 Ninja Monkey, Tier 3 Monkey Apprentice, and my other Tier 3 Monkey Buccanneer. Then we went back to Palace Theater, where they checked our bags. They didn't check mine, because I didn't have one. What if I snuck a weapon in? (Well I wouldn't do that) We bought a program for £5 (£ is the British and Scottish currency, pounds), which is worth 39.71 NTD. The program was cool. Then the play started. It looked like it as if it was real magic! (We were watching Harry Potter and the Cursed Child, if you had forgotten). In part one, magical things such as, the Trolley Witch growing pink and long fingernails (there was no machinery behind her hands, we got to see 360 degrees of her hands because the stage could rotate), kind of like Wolverine but much slower. It chased Albus and Scorpius off the train, which was so cool! Then, when Harry Potter had a messy desk, and wave of a wand made them neat and clean! Then we he exited the Ministry of Magic through the telephone box, he was sucked through the telephone box, so fast, there was a current of wind! And when Delphi, Albus, and Scorpius were getting the Time-Turner from Hermione's bookshelf, they were sucked in when they got the riddle wrong. When they came out, the books were scattered everywhere, but when they were sucked back in, the books became very neat! And the book could flip it's covers while it was talking! That part was so creepy. Then we went out to Chinatown for lunch. Pretty much every country has a Chinatown. I had wonton noodle soup, and it was more delicious than the one we ate before. Then we had to go back to Palace Theater. In part two spell bolts were actually redish orange and green fire bolts. Every spell had a different effect, Obscuro binded black binds around eyes, Mobilicorpus bounced you up and down, Brachiabindo actually binded you, like Petrificus Totalus, but you could still talk and stand. Delphi looked like a clown while Voldemort looked like a gray (alien type). Fulgari actually handcuffed you with glowing cuffs, and I have no idea how the Invisibility cloak worked. Scorpius in the first part had smoke coming out of his ears. The coolest things was when they used the Time Turner, when they traveled, there was wave enchanced in front of us. It's very hard to explain. It's better off you watched by yourselves. It's just too awesome. And I had a fun day. Then I went home to meet Vincent and again, sleep and a bath should be obvious things.

Here I am at the Harry Potter and Cursed Sign. My uncle told me to use that pose. I wore my concert clothes because my uncle again also said we had to look formal because it was the Palace Theater.

Here I am in front of the Palace Theater. I looks very cool, and according to their officials, it's haunted. My gallery was fast!!!

End Of Picture Gallery: Harry Potter and the Cursed Child

36% Complete (warning)
©2018 Benlung.tw - Benlung.tw is a copyrighted website. All photos are not labled for reuse, and please do not use them unless you get permission. Try to get permission by sending an email to lungb@mca.org.tw.